A new relief package totaling $480 billion extends additional funding
to small businesses—including those in the events industry—crippled by the coronavirus crisis.

As part of the new relief package, the Paycheck Protection Program has been authorized to spend an additional $310 billion for small businesses. But experts warn that funds will dry up faster this time than in the previous round.

Of the total, $60 billion will go to smaller lending facilities, including credit unions, many of which were unable to process the loans previously. Small businesses without existing bank relationships were also left in the lurch on the last round of funding. Others were unable to apply quickly enough, before the Paycheck Protection Program fund ran dry in just two weeks. Media attention was drawn to a loophole in the program that allowed major multi-chain companies such as Shake Shack to win the funding because the number of employees at each individual restaurant fell within the parameters of the loan.

According to Entrepreneur magazine, this additional $310 billion will go much more quickly than the first round, “as the pipeline is full of those who applied and missed out initially, as well as others who have since located a bank willing to take their application.”

It appears that the smallest of small businesses have faced the biggest uphill battle, the magazine said, referring to a survey of 980 small-business owners between April 15 and 18 by the National Small Business Association that shows that 52 percent of small businesses with 20 employees or more received approval for their PPP loan, while only 18 percent of those with 10 or fewer employees received approval.

The new relief package will also be $10 billion for grants under the Emergency Economic Injury Disaster Loan program, $50 billion for disaster recovery loans and $2.1 billion for additional salaries and expenses for the Small Business Administration.

CARES Act is Not Enough

Difficulty with the CARES Act 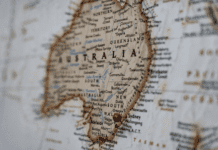