Cvent recently released its 2018 Global Planner Sourcing Report, which has more than doubled in size from the 2017 study.

The report surveyed 2,668 meeting and event planners from across the globe, all of which answered questions to what influences their meeting venue choice decisions. Overall, the news is good, with planners reporting a health uptick in the importance for meetings. Here are five insights from the report:

Meetings Are Larger, Even Budgets

More than half (52 percent) of respondents claim their event budgets have increased year over year, compared to only 32 percent last year. Similarly, 59 percent report an increase in the number of attendees, and the need for meetings of 101 to 500 attendees has returned to the levels recorded in 2016 (6 percent more than last year.)

While budgets have increased, planners still reported that cost savings and discounts are  major factors when choosing a venue. In fact, 90 percent of planners (the same as last year) reported that they would be willing to switch to their second-choice venue for a cost savings of at least 1 percent.

Venue Sourcing Digitally Is on the Rise

More and more planners are looking for meeting venues online and expect venue search tools to be on point. While peer recommendations still remain the most influential resource when choosing a venue, search engines, venue websites, online sourcing tools and even social media are gaining in importance.

Few Planners Determine Their Venue Choice Early in the Process

Even though 71 percent of global planners reported being certain of their budget when they begin sourcing meeting venues, only 16 percent reported being sure of their venue choice at the same time. That gives hotels and venues a chance to compete for their business.

Outside Activities Steadily Increases as an Influencer

When asked about what influences their destination choice, planners reported activities outside of the venue as in the top three (after positive reviews and branding or reputation). And that’s increased in importance from 18 percent to 21 percent in the last year. This also explains why more than half of global planners choose hotel chains over independent or boutique properties, due to the perception that larger hotel groups have connections to local attractions, according to the report. Check Out Our Updated Guide to Restarting Events 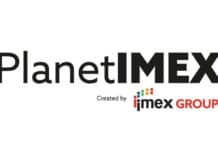