Cisco Systems Inc.’s recent three-day executive leadership meeting took over the Monterey Bay Aquarium’s Open Sea Wing on its final night, where 130 attendees donned costumes that were in line with the event’s “All Hands on Deck” theme.

“[The company] basically viewed the location and primarily the aquarium as its theme for the entire event,” says April Ferguson, CMP, CMM, senior event logistics manager for BCD M&E onsite at Cisco Systems Inc. “At the hotel, we used sea creature centerpieces to assign seating and to split the attendees into groups such as dolphins, starfish and otters for their breakout sessions.”

Attendees enjoyed ahi poke nori canapes and tomato bisque shooters while wandering past illuminated tanks of moon jellies and getting their photos taken in front of sea-themed photo backdrops. Coq au vin filet of beef was served in the Open Sea Galleries in front of the 90-foot aquarium wall, through which attendees could spot tunas and sharks swimming past glittering schools of sardines, and a dance party with a local DJ ended the night with the energy of hits from the 80s, 90s and today.

Made for Team Building

The 550-room Hyatt Regency Monterey Hotel & Spa hosted the leadership meeting, its team building emphasis coming into focus on day one in the hotel’s garden terrace courtyard during a bike-build competition that ultimately donated bicycles to a local organization.

“[The company] was looking for somewhere in the Bay Area but far enough that local folks (about a third of the group) could get away from the daily traffic and stay in a hotel together,” says Ferguson. “They felt this would help the group focus more on being a collaborative team.”

Team building continued into the evening, as attendees met for a reception at A Taste of Monterey on Cannery Row. The wine market and bistro features a selection of more than 90 Monterey-area wineries and doubles as an event space at night. A former sardine cannery like the Monterey Bay Aquarium, the 4,000-sf facility features 360-degree views of Monterey Bay, which served as an idyllic backdrop for the group to enjoy local wines and nosh on regional fare. The facility even offers winemaking and viticulture exhibits that made the event that much more memorable.

That Tuesday consisted of meetings at the Hyatt Regency during the day and an evening for attendees to have on their own to experience some of the area’s local seafood. Ferguson adds that the Hyatt Regency was the perfect fit for the group because it has a conference center with all of the hotel’s 40,000 sf of meeting space located in one building (with the exception of one ballroom). The group used the hotel’s breakout space as well as a balcony and terrace that played host to several meals. 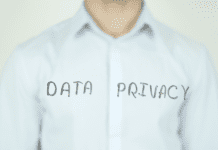