There’s always something new at Walt Disney World and Disney Cruise Line. Here are three big events happening this year and next.

In the news from Disney: Disney World Turns 50; preview of the newest cruise ship, the Disney Wish; and the Swan Reserve to Open September 1.

Attendees can share in The World’s Most Magical Celebration beginning October 1, in honor of the resort’s 50th anniversary. At the center of this 18-month celebratory event will be the Cinderella Castle at Magic Kingdom Park, which will add to its royal makeover from 2020 with new gold bunting and 50th anniversary crest, and illuminate the Magic Kingdom at night with sparkling pixie dust. At the Animal Kingdom Theme Park, a warm light will emanate from the Tree of Life as fireflies gather to usher in the magic of nature. The Hollywood Tower Hotel at Hollywood Studios will be awash in a brilliance evoking the golden age of imagination and adventure. And at EPCOT, new lights will shine across the reflective panels of Spaceship Earth, connecting to one another in a symbol of optimism resembling stars in a nighttime sky.

The 4,000-passenger, 1,254-stateroom Disney Wish, the fleet’s fifth ship, will make its debut in June of 2022 with an inaugural season of 3- and 4-night cruises to to Nassau, Bahamas, and Disney’s private island, Castaway Cay, from Port Canaveral.

The centerpiece of the ship will be the Grand Hall, with a castle on the seas with soaring columns three stories high. About 90 percent of rooms will have an ocean view and about 70 percent will have a verandah. There will be 76 concierge staterooms and suites—more than double the number available on other Disney ships.

Highlights include AquaMouse, the first-ever attraction at sea, with 760 ft of winding tubes suspended high above the upper decks; Star Wars: Hyperspace Lounge, an elegant, adults-only space with “out-of-this-world” drinks; Luna, an adult-exclusive elegant evening space with a two-story LED screen wall and stage; and several new dining venues including Palo Steakhouse, Enchante by Chef Arnaud Lallement and The Rose, a chic lounge with a corridor of artwork and rich velvet seating.

Scheduled for a summer opening is the Walt Disney World Swan Reserve, a new addition to the the Swan and Dolphin Resort. The 14-story, 349-room hotel will feature a top floor event space, Vue, with floor-to-ceiling windows with views of the Swan and Dolphin, as well as two theme parks, EPCOT and Hollywood Studios. The property is also home to two ballrooms and 12 meeting rooms within 15,000 sf of meeting space and 13,000 sf of outdoor event space.

Among the guest rooms are two Presidential Suites and 149 additional suites, all with floor-to-ceiling windows, ideal for executive business meetings. Groups will have full access to all the amenities at the Swan and Dolphin, including the Mandara Spa, five pools, 18 restaurants and lounges, preferred tee times at nearby golf courses, plus complimentary transportation to all four theme parks and Disney Springs. 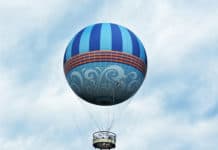 A Planner’s Perspective: How to Consistently Wow Attendees Year After Year