As Hong Kong grapples with continued political protests and demonstrations including some that have shut down Hong Kong International Airport, the organizers of one upcoming conference decided to switch locations.

The 13th annual Global Wellness Summit, which brings together leaders of the $4.2 trillion global wellness economy, was slated to be held at the Grand Hyatt Hong Kong this coming Oct. 15-17. Though the civil unrest in Hong Kong has mostly been peaceful, the organizers recently decided it would be in the best interest of the delegates planning to attend to move locations. The GWS will now be held at the Grand Hyatt Singapore those same dates.

“The decision to move was a hard one to make, mostly because we felt very connected to Hong Kong through very good friends and partners,” said Nancy Davis, chief creative officer and executive director of the Global Wellness Summit. “When the airport closed, we saw we had to make a decision. We were nervous what it would be like in October. We couldn’t wait to see what was going to happen any longer.” Singapore was chosen partly because of its location.

“Hundreds of people had already registered, and it was going to be in Asia for the first time in a long time. We didn’t want to lose that,” Davis said. Hyatt Hotels, the host sponsor for the event, according to Davis “moved mountains” to get the Grand Hyatt Singapore secured for the same dates. “Attendees didn’t have to change plans, just flights.”

Some vendors will still participate in the GWS in Singapore, though venues like restaurants need to be reorganized. The switch has taken a lot of behind-the-scenes work, but overall is running smoothly.

“The Singapore Tourism Board has been stepping up and helping us, as well,” Davis said. Most of the speakers scheduled are still going to attend the event in Singapore and the event is expected to be at capacity with around 550 to 600 in attendance. Though many had already booked and purchased flights, the flights to Singapore are generally cheaper, according to Davis, though she and her team had to pay cancellation fees. Some attendees are keeping their Hong Kong flights and adding a short hop to Singapore instead.

In a release from the GWS, Susie Ellis, chairman and CEO of GWS, stated: “In an effort to ensure travel is as seamless as possible in and out of the Global Wellness Summit, our GWS leadership, advisory board and partners felt this shift in location was important for the collective wellbeing of everyone involved with the Summit. We are working closely with event organizers and the host sponsor to ensure the event remains first-class and there is little interruption for all attendees and presenters.”

One of the co-chairs who has been instrumental is making the shift happen is located in Hong Kong, Cathy Feliciano-Chon. “I’m based in Hong Kong and therefore have a more real and contextual perspective of what’s actually happening here beyond what’s just covered in the news,” Chon told Prevue. “Business continues as usual and people go about their lives. Some events like HICAP, which will be held in October, have decided to stay. I haven’t heard of any other cancellations.”

She continued, “I think it’s important to keep in mind that Hong Kong is incredibly resilient. The city’s been through so many crises before, from the SARS epidemic, a few economic downturns, and it will recover.”

The Hong Kong Tourism Board told Prevue, “At present, most business events continue as usual with no disruption to meeting and event venues. Flights at Hong Kong International Airport operate as normal. Access control measures are being implemented at the terminal buildings to ensure smooth operations of the airport, so visitors are recommended to arrive at the airport earlier for the relevant checks.”

Visitors are advised to check DiscoverHongKong.com. For more information on the protests, click here and here. 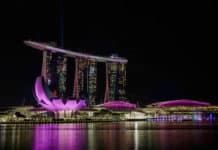