The Society for Incentive Travel Excellence (SITE)—and the entire incentive industry—lost one of its pioneers last week with the passing of Robert “Bob” Guerriero. He was 90 years old.

In 1968, Bob Guerriero founded The Journeymasters, an agency exclusively dedicated to the promotion and delivery of incentive travel programs. His pioneering work laid the foundation for what was originally known as the Society of Incentive Travel Executives, formed by Bo, and three other like-minded professionals following their convening of a meeting at the Americana Hotel in New York City on December 4, 1973. He was the first President of the SITE Foundation and the recipient of the SITE Lifetime Achievement Award. He served 7 years on the IT&ME Advisory Council and 10 years on the Las Vegas Corporate & Incentive Travel Council.

His obituary in The Salem News described Bob as “a Renaissance man and true creative genius. He loved to create once-in-a-lifetime experiences for his clients. From toga parties in Rome, magical dinners on the Orient Express, and the first dinner at the foot of the David statue in Florence, if he dreamt it, it became a reality through his hard work and professional acumen. …Bob endeared himself to many with his vivacious personality and creativity. He had a wonderful sense of humor. A brilliant man in many respects, Bob’s talents lead him to write poetry, prose and ‘smoking hot emails.’ He was loyal, generous and a deeply principled gentleman. He will be missed deeply and his mark on this earth is forever engrained in the memories he allowed others to create through his hard work and ingenuity.”

“SITE today is testimony to Bob’s passion and that of other visionaries who could see the enduring, transformative power of travel as the ultimate element in recognition programs,” said Annette Gregg, SITE’s new CEO. “With over 2,000 members in over 90 countries, Bob has left behind a global legacy.”

Bob is survived by his wife of 28 years, Christine M. (Sullivan) Guerriero. Expressions of sympathy may be made in his memory to the American Liver Foundation P.O. Box 299, West Orange, New Jersey, 07052 or at liverfoundation.org. 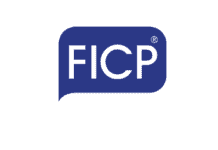