The presidential candidate will speak at the nation’s top executive development and leadership conference for women of color.

Attracting more than 1,200 corporate executives, professionals, and businesswomen from around the country annually, the Women of Power Summit will take place Feb. 28 – Mar. 3, 2019, at The Mirage in Las Vegas, Nevada.

The event is designed to provide mid- to senior-level managers, C-level executives, decision makers, HR officers, diversity officers, and other professionals with a productive venue to enhance leadership skills and network with world-class decision makers. Interactive workshops cover topics such as leadership, decision making, team building, and finding and leveraging business opportunities. Activities such as morning workouts, one-on-one coaching sessions, social events, and entertainment promote networking among executive women of color from across the country.

Kamala Harris, the first black woman to run for president since Shirley Chisolm almost 50 years ago, will be headlining a session entitled “Conversations That Count.” Harris has been a pioneer, rising to become the first African American and the first woman to serve as Attorney General of the State of California and the second African American woman ever elected to the US. Senate. She will be interviewed by fellow lawyer and Emmy Award-nominated TV host Star Jones.

Kamala Harris, the first black woman to run for president since Shirley Chisolm almost 50 years ago, will be headlining a session entitled “Conversations That Count.”

“We are thrilled that Sen. Kamala Harris has joined our incredible lineup of speakers,” says Chief Brand Officer of the Women of Power Summit Caroline V. Clarke. “As the first black woman to run for president since Shirley Chisolm almost 50 years ago, the Women of Power Summit is the perfect stop on her campaign. Many of the women who attend the Summit have long supported her. Many more are eager to know her and where she stands on the issues that matter most to us.” 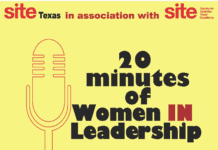