Meeting planners often use linear and rational conference business models to improve conference growth. Using these default models allows planners to analyze results from year to year and aim to get maximum growth and profit as a result. However, as time changes, people change, and behavior often plays an uncontrolled part of a conference that challenges these default models. This is especially true when using past human behavior as a reference to predict the future.

In a TED Talk about behavioral economics, expert Dan Ariely asks if human beings are in control of their own decisions. Because the human race is so set in its ways, it’s hard to accept the idea that more often than not we have an illusion of making a decision than actually making one. Ariely gives a variety of examples of how susceptible humans are to external influences when making a decision—a concept that might be beneficial to meeting planners in how they can expand their default conference business models. Exploring the role of human sciences, i.e. how attendee belief patterns, reactions to content elements and overall behavioral patterns, can be as beneficial to architecting dynamic and productive meetings, incentives and events as quantitative data.

Ariely opens up his talk with a chart that lists the amount of drivers donating organs in certain European countries. Some countries have 100 percent organ donation while others have as low as 4 percent. While culture might be the first thing to explain such a difference, countries with similar cultures—the Netherlands and Belgium, for instance—actually have very different numbers.

Or possibly design a better meeting? 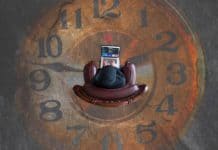 How Language Can Create Different Perceptions Among Attendees Good or Bad? The Incomplete Stories That We Tell Ourselves (and Our Clients) Does Peer-to-Peer Brainstorming Help or Hinder the Team?