“Some of the events include a flipper nightgown relay race, in which attendees literally dress up in flippers, a nightgown and a shower cap to compete in a race.”

Although the 2016 Olympics season is officially over, hotels across the Americas are still in the spirit, encouraging groups to participate in Olympics-inspired activities. Here are five ways attendees can channel their inner champions at participating hotels.

The two- to three-hour Beach Olympics tournament at Fort Lauderdale Marriott Harbor Beach Resort & Spa starts by assembling up to 50 attendees in the staging area, where they are split into teams and then led in a parade to the “Olympic Arena” to compete in six events. Some of the events include an obstacle course with a water pit to swing over, sand sculpting, water-balloon launching and a flipper nightgown relay race, in which attendees literally dress up in flippers, a nightgown and a shower cap to compete in a race.

Hilton Orlando’s Amazing Race teambuilding activity typically consists of 10 teams of two, but can be built out for teams of four or even six in a relay-style race. The teams of two start out at the putting green where they each have to sink a putt from a designated mark. Additional activities that are built into the obstacle course include basketball free throws, beanbag toss, bocce ball, tennis targets and running laps. Groups typically finish the race in an inner-tube race down the lazy river.

Nestled between the Pacific Ocean and a 1,100-acre tropical rainforest, Los Suenos Marriott Ocean & Golf Resort in Costa Rica encourages groups to play a game of FutGolf on its golf course comprised of five rainforest microclimates. With similar strategies as golf, FutGolf is played on a green course and uses a football in lieu of a golf ball that is kicked toward a 21-inch “cup” in place of the usual golf hole. Attendees will enjoy competing amidst the more than 150 species of birds and local wildlife such as exotic native plants, banana trees, orchids and monkeys.

At W South Beach in Miami, meeting-goers can take a break to shoot some hoops on the rooftop basketball and tennis courts, which tout panoramic views of the Atlantic Ocean. Groups who prefer a ground-level workout can also take advantage of a selection of fitness classes—Genius Body Work, Beach Boot Camp ans Sunrise Yoga—led by celebrity trainer Simone Cavalletti. 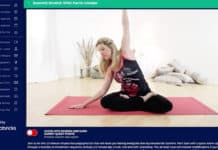 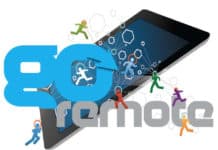 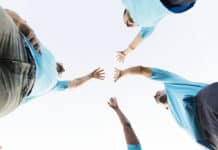