Lackluster attention to the “what if” scenarios of event planning can quickly toss your event into its own version of the “Gilead Period,” a dour reality imagined in Margaret Atwood’s acclaimed dystopian novel (and current Hulu TV series), “The Handmaid’s Tale.”

Here are a few contingency plans to have in your back pocket, just in case.

Shortly into the story, we learn that the U.S. Constitution has been suspended following a successful military coup led by the religious extremists “Sons of Jacob.” The radicals quickly abolish women’s rights and categorize all females as handmaids, daughters, wives, aunts, marthas and econowives (these six classes being deemed “legitimate” women), jezebels and unwomen (these two deemed “illegitimate”), a feat that is easily accomplished due to the prevalence of electronic file keeping. Moral to the story: technology is two-faced. Keep physical copies of your records. It also may be a good idea to get a grip on other tech needs such as bandwidth costs.

Turning women against women; creating a society of fear and suspicion. These are the tools used by the Sons of Jacob to keep society under its thumb. Atwood speaks to this idea when stating: “A rat in a maze is free to go anywhere, as long as it stays inside the maze.” As a planner, considering scenarios for when it is (situations: political riots, hurricane-level winds) and isn’t (the venue’s on fire, beautiful view that enhances the experience) a good idea to keep the rats in the maze is crucial to your event’s success. You may also want to consider how comfy and entertaining that maze is to attendees as they wander through it.

Atwood’s Old-Testament-like depiction of a far ahead future includes mention of “the Eyes,” or secret police that spy on society and can whisk anyone away without warning. Likewise, watch your back at your event. Most legal issues (most common are contracts, licensing and permits) can be circumnavigated with the right forethought and planning.

Atwood has often commented that there are utopias hidden inside her dystopias. “When we think of the past it’s the beautiful things we pick out. We want to believe it was all like that.” All hell breaks loose, but the group was amicable, the food was fab and the entertainment, actually entertaining. Not only that, the band played on as the ship was sinking. It could very well happen with contingency plans for prolonging happiness. 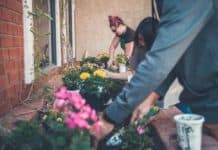