Whether it’s to review a contract or settle a dispute, these 5 meeting industry lawyers are top picks among meeting planners. Co-Chair of the firm’s Associations & Foundations Practice Group, Barbara is relied upon by clients and colleagues alike for her innovative approach to nonprofit and tax-exempt legal matters. She remains at the forefront of current trends in this area of the law and advises clients on meetings, hospitality and travel law; contracts; employment law; computer, trademark and copyright law; litigation and risk management; administrative law; taxes; antitrust; and governance matters.

Barbara also counsels a wide variety of clients in the travel, tourism, hospitality, incentive, and meetings industries. She represents both businesses and nonprofit organizations regarding the negotiation and documentation of contracts for major events, conferences, trade shows and the like on a local, regional, national and international scale.

Known for her depth in the law and candid communication style, pragmatism and workable solutions are at the core of Barbara’s commitment to those she serves. With more than a quarter century of experience, Barbara does not reinvent the wheel, saving her clients valuable time and money. Her ability to work with a variety of personalities and reconcile different points of view when resolving complex issues and difficult disputes is among Barbara’s greatest strengths. Barbara’s strong communication skills and sense of humor make her a highly sought commentator on issues affecting nonprofit corporations and hospitality organizations alike.

Barbara has been involved in a variety of leadership positions in organizations that serve the associations and hospitality industries. She was the first woman to serve in a leadership role as chair of the American Society of Association Executives (ASAE) Legal Section Council in 2005-2006.

Prior to joining Barnes & Thornburg, Barbara was a partner at the law firm of Howe & Hutton Ltd., where she practiced for more than 20 years. John. S. Foster, ESQ. CHME is an attorney, speaker, author and legal counsel whose firm Foster, Jensen & Gulley specializes in the legal aspects of meetings & conventions, trade shows & events, and association management. He has been an associate or general counsel for over four hundred (400) national and regional associations and companies since 1986.

PCMA members voted John special recognition as its “Author of the Year” for his frequent contributions to Convene magazine. His peers have also voted John a Special Recognition Award as “Corporate Member of the Year” through the Georgia Society of Association Executives (GSAE). John has also been selected as a Subject Matter Expert (SME) for the Meeting Professionals International (MPI) peer-to-peer assistance program, a select member of the MPI Advisory Panel, and a Platinum Speaker MPI and a former outside counsel for MPI on industry contracts and other legal issues. He is also an MPI Best in Class speaker and has been nominated for a Lifetime Achievement Award / Hall of Fame member by the MPI Georgia Chapter.

John is the Author of the soon to be published “Hotel & Facility Contracts: A Field Guide and Best Practices for Meeting & Event Professionals”. John’s professional experience includes twelve (12) years as a director of sales and marketing for Hyatt Hotels and Resorts and Marriott Hotels and Resorts. He holds the Certified Hospitality Marketing Executive (CHME) designation from HSMAI. John is also a volunteer with the Georgia Volunteer Lawyers for the Arts and a member of the Christian Legal Society. Joshua L. Grimes, Esq. is an attorney and principal of his own firm, Grimes Law Offices, LLC based in Philadelphia. Mr. Grimes has a national practice focused on business and real estate law, as well as the association, nonprofit, meeting, and hospitality industries. He is a specialist in all matters relating meetings and conventions, as well as association & nonprofit governance. Mr. Grimes also has extensive experience with zoning matters. Jonathan T. Howe is President and a Senior and Founding Partner of Howe & Hutton, Ltd. He has written hundreds of articles and papers, and has spoken to organizations all over the world. He is recognized as one of the true leaders of the not-for-profit organization bar as well as the hospitality and meetings, travel, incentive, hotel, and trade show industries, and for trial and appellate advocacy

Jon was named Association Forum of Chicagoland’s Associate Member of the year for outstanding service to the association community. Jon is also General Counsel to Meeting Professionals International, the U.S. Chamber of Commerce Association Committee of 100, The Sports & Fitness Industry Association (formerly known as the Sporting Goods Manufacturers Association) and International Special Events Society, to name just a few. He is the special advisor to the American Bar Association Standing Committee on Meetings and Travel. He was one of the draftsmen of the Illinois Not For Profit Corporation Act, which is deemed to be a model act for other states. He was selected by his peers as a Member Fellow of the American Society of Association Executives and received the “Pacesetters Award” from the Hospitality Sales and Marketing Association International. Jon has been honored by numerous other organizations world-wide and has served as a director, officer and chief elected officer of several associations and charitable organizations. He was named the inaugural recipient of the Hospitality Industry Attorneys of the Year by the Academy of Hospitality Industry Attorneys. For 21 years he served as a public elected official. As an adjunct professor he has taught courses in association management and hospitality industry law at Roosevelt and DePaul Universities. The Chicago Tribune named him “Mr. Association Lawyer of the U.S.”

Jon received his Bachelor of Arts degree with honors from Northwestern University and his Juris Doctorate from Duke University where he was first in his graduating class. A member of the Order of the Coif, Jon also was the Managing Editor of the Duke Law Journal. He is a life member of the Board of Visitors for Duke University School of Law. He was the founding chairman of the Chicago Bar Association Trade and Professional Association Law Committee; is a past vice chairman of the American Society of Association Executives Legal Committee and a founder and past chair of its Legal Section. He is admitted to practice before numerous federal district and appellate courts and is one of few lawyers to have appeared and argued before the United States Supreme Court. Jed R. Mandel is a founding Member of Chicago Law Partners, LLC. Jed is a frequent lecturer and author on association-related topics and is a regular contributor to association magazines and newsletters.

As part of his work on behalf of the not-for-profit community, and as General Counsel to the Association Forum of Chicagoland, Jed was the principal author of recent amendments updating and modernizing the Illinois Not For Profit Corporation Act.

Jed has been selected by his peers for inclusion in The Best Lawyers in America.

Jed earned his J.D. from Northwestern University in 1977 and was admitted to the Illinois bar in 1977. In 1974, he graduated, with honors, from the University of Michigan with a B.A. Sign Up Today for Prevue’s 2022 Spring and Summer Summits Our Latest on COVID-19 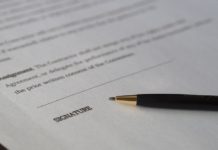 Contract Advice From a Pro 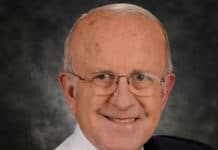