Hoddeson: For an intimate local experience, groups are divided into teams and each assigned a course to prepare based on a regional dish. Upon completion all dine together. Time to don your apron, toque and roll up your sleeves. Bon Appétit.Marché de la Condamine

How is Monaco catering to the growing demand for gluten-free and organic cuisine?

One of Monaco’s newest arrivals is a vegan restaurant called Eqvita, launched by tennis champion Novak Djokovic and his wife Jelena. The preview of this establishment was at the opening of the Monte-Carlo Rolex Masters in April. At the five-star Monte-Carlo Beach Hotel, Elsa (named after American writer Elsa Maxwell) earned its first Michelin star in 2013, making it the world’s only 100 percent organic Michelin-starred restaurant. Chef Paolo Sari’s “healthy mind in a healthy body” approach starts with the careful selection of produce from his own vegetable garden in the hills above Monaco and from farms in neighboring villages.

What are some unique experiences that combine F&B with local heritage and culture?

Food has an unmatched ability to communicate a sense of place. Where else to hold a culinary event but in the local food market which reflects the soul of its people and the rhythm of daily life. Monaco’s Marché de la Condamine, an indoor/outdoor farmer’s market, can be privatized for special events. Food stations feature specialties from Monaco, Italy and Corsica along with seafood, organic products and French and Italian desserts. The indoor space can accommodate 350 cocktail-style and 220 for sit-down dinners. The outdoor space holds up to 150 for a sit-down dinner and up to 1,500 in the public area (summer season only). Entertainment and décor can be customized. The Palladienes, a Monegasque folk dance group is ideal.

The Brasserie of Monaco, originally founded in 1905, reopened in August 2008 in the prime location of the Monaco harbor. The modernized brasserie turned to the world’s oldest brewery equipment manufacturer, resulting in a 264-gallon brew house in stainless steel, five fermenting tanks, four service tanks and an entirely automated brewing system. The Brasserie de Monaco can be privatized any day of the week, with space for 200 for a sit-down dinner and 400 for cocktails. The terrace overlooks the yacht harbor and the Prince’s Palace. Cheers! 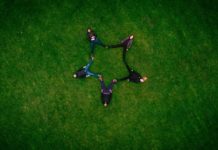