Now halfway into 2018, it’s easier to see what food trends are really taking shape this summer and making an impact on event F&B.

Here are five crazes that foodies can’t seem to get enough of and will likely make quite an impression at your next event.

When we say “street food–inspired,” we’re not talking food trucks because that trend is in a category all its own. Instead, we’re talking about catering teams taking the street food–style fare of destinations such as Thailand, Vietnam or Mexico and creating their own, hyped-up version of what’s traditionally been an on-the-go meal, albeit a super tasty, super authentic one.

Yes, carbs are still getting a bad rap, but pasta-heavy dishes have been given a new life by replacing carbs with vegetables. Zucchini noodles (or “zoodles”), sweet potato noodles (“swoodles”) and carrot noodles (“coodles”) are just a few of the vegetables-turned-pasta that are making lasagna and the like cool again.

Imperfect or “ugly” produce is no longer being thrown out as the sustainability movement takes serious hold in the food industry. Choosing imperfect produce for your event can not only slash your F&B bill, but it will also show attendees that you’re making a conscious choice to pick produce that likely otherwise would have been thrown out. This trend is also in line with the no-waste cooking fad becoming mainstream among very conscientious chefs.

Forget Heinz and French’s. F&B teams are taking the time to craft their own house-made condiments that are not only less processed, but also have a unique flavor that’s all their own. Try a spicy ketchup or grainy mustard to amp up your meeting’s condiment game.

Donuts, cookies, really anything that requires a filler can be made inventive by offering attendees the option to inject the item themselves with assorted fillings. A vanilla donut could come with chocolate, caramel or even lavender flavors to inject. The presentation also makes for a very Instagram-worthy, science-y display. 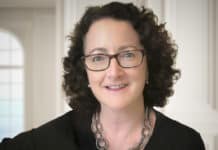