Who among you hasn’t found themselves glued to Netflix reruns of House of Cards, pounding down the popcorn while devouring three or four episodes at a time (or maybe a day’s worth; after all, what’s the point of yard work?), simply stunned at the onslaught of deception and evil?

And who doesn’t catch a chill when Frank Underwood (Kevin Spacey) stares directly into the camera to personally share his twisted brand of wisdom with you, the viewer?

We have found a few doozies that apply to our meeting planner readers—Have a listen.

On the Seller’s Market

“The nature of promises is that they remain immune to changing circumstances.” Translation: After years of building relationships with their hotel partners, some planners are finding themselves in the dust.

“You can’t turn a no to a yes without a maybe in-between.” What he means: A planner who lacks negotiating skills will pay too much, it’s that simple.

“If you don’t like how the table is set, turn over the table.” Better yet: Why not turn the entire meeting upside down!

“I just hate this small ball crap.” He’s saying: Meeting planners are not just about coffee breaks! When will senior management wake up to the value they add?!

On Lack of Sleep

“I’ve always loathed the necessity of sleep. Like death, it puts even the most powerful men on their backs.” Perhaps, Frank, but after a 5-day program, there’s nothing closer to a planner’s heart than his or her own pillow.

“I won’t leave one of my own bleeding on the field.” He means: Meeting planning is considered one of the most stressful jobs there is—right up there with law enforcement and emergency room nursing. It’s the team that takes the load off.

And on Being a Meeting Planner in General

“Everything hinges on the next few minutes. All my months of planning. Every move I’ve made.” The real truth: Just like being president, it’s all about getting results.

Check out these meeting planning lessons from Kimmy Schmidt. 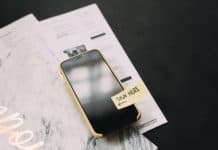