Even more, if planners book more than a year out, they can receive even more savings by combining this deal with Azamara’s Early Booking Bonus. The bonus gives planners an onboard credit of up to $1,000 per suite and $500 per stateroom. That includes cash to dine in one of Azamara Club Cruises’ luxury restaurants or experience the five-course tasting menu as part of a Chef’s Table meal. It could also translate into a treatment at AromaSpa.

Azamara is known for its culturally immersive itineraries—ideal for smaller incentive groups. Next year’s schedule includes voyages to Singapore, Australia, the United Arab Emirates and all over Europe. Some voyages even embark from Miami heading to destinations as far as Barcelona or as close as Costa Rica. The earliest 2018 trip planners can book sailings from Singapore to Benoa, Bali in Indonesia. Just a couple excursion examples include an elephant safari ride throughout the Indonesian jungle or a trip to UNESCO Borobudur Temple, the world’s largest Buddhist monument. 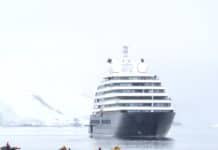