Chicago to South Carolina, here are five of the hottest experiences that are currently available to groups.

At the New York Hilton Midtown groups can book one-on-one beekeeping experiences with a fourth-generation bee keeper. The property harvests around 300 pounds of honey every year thanks to a sweeping green rooftop that is home to 450,000 bees. The honey, meanwhile, has inspired a new banquet menu.

Up to 350 meetings and events attendees can partake in personalized tours and tastings at Buffalo Trace in Lexington, Kentucky, one of America’s oldest continuously operating distilleries that is well-known for its Buffalo Trace Kentucky Straight Bourbon Whiskey, as well as its beautiful gardens.

The newly renovated Hilton Chicago offers interactive culinary breakout sessions via apple pie making culinary classes where groups learn about the dish’s history and are led through a 30-minute process of making a pie. This property has also housed every president from Harry Truman to George W. Bush and hosted Queen Elizabeth II and Prince Philip, and groups can get a sense of this history by taking a private tour of the newly launched historic corridor.

The coveted 1720 Madeira, the wine that has the distinction of toasting in the signing of the Declaration of Independence, is ripe for the sipping at the luxury hotel The Jefferson, in Washington, DC, and attendees are sure to draw inspiration from the historic drink as they embark on their own brainstorming sessions. Tastings take place in the Private Wine Cellar, which includes the country’s largest Madeira collection.

In Charleston, South Carolina, groups get a taste of a genuine southern experience at the French Quarter Inn. During the hotel’s “Pimento Cheese Making Class,” groups will learn how to make the South’s favorite spread step-by-step, complemented with a glass of red or white wine, naturally. 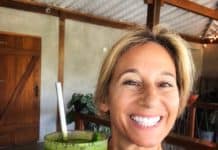