Millennials are officially the most influential consumer group–more than any other generation before them–as they not only influence each other, but also the perceptions, expectations and purchasing behaviors of other generations, according to Forbes.

This has inevitably shown up in the way we snack. With 94 percent of Americans snacking at least once per day and millennials being the generation that snacks the most, you better believe that this new, influential generation will inevitably have a say in the direction that F&B takes in future MICE events.

A study released in April by Amplify Snack Brands and The Center for Generational Kinetics highlighted snacking trends led by millennials, defined as adults ages 22 to 40. With a major focus on healthier snacks, here are three insights gleaned from the study that meeting planners should consider when choosing snacks for their next meeting menu.

About nine in 10 millennials (89 percent) reported that taste was the most important factor when choosing a snack, followed by the ability to satisfy hunger (75 percent), quality ingredients (67 percent), health (63 percent) and portability (54 percent).

About two-thirds (64 percent) of millennials agreed that fewer ingredients in a snack indicate that it is healthier. Millennials reported that trans fats, added sugars and artificial sweeteners are among the least tolerated ingredients in snacks.

Millennials ranked higher than any other generation in the “trust building” qualities measured for snack brands. They agreed that knowing snack ingredients are responsibly sourced and that knowing the snack company supports nonprofits or charities helped build trust in the brand. 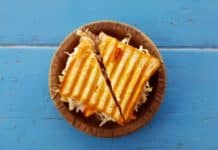 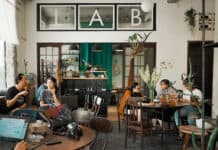